It is becoming a wider known fact that music education contributes not only to increased intelligence or test scores, but also actively impact brain development. The fact is music is an important avenue to individual success. 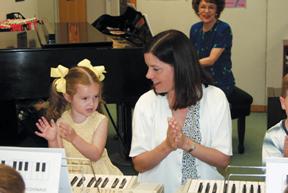 Researchers in Leipzig found that brain scans of musicians showed larger planum temporale (a brain region related to reading skills) than those of non-musicians. They also found that the musicians had a thicker corpus callosum (the bundle of nerve fibers that connects the two halves of the brain) than those of non-musicians, especially for those who had begun their training before the age of seven. – Schlaug, G., Jancke, L.,